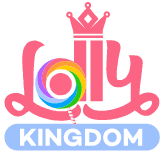 Crack the chocolate covered code to win a 250g bag with your next order.